Outdoor burning is updated each day. If today is a burn day the hours are from 8AM - 4PM

South Lane County Fire & Rescue will be holding a Budget Committee Meeting at Station 201 located at 233 E. Harrison Avenue in Cottage Grove, Oregon on Wednesday May 3, 2017 at 6:00 p.m.

This meeting is to review and approve the proposed budget for Fiscal Year 2017/2018. At this meeting the Budget Committee will listen to comments and take questions from the public. 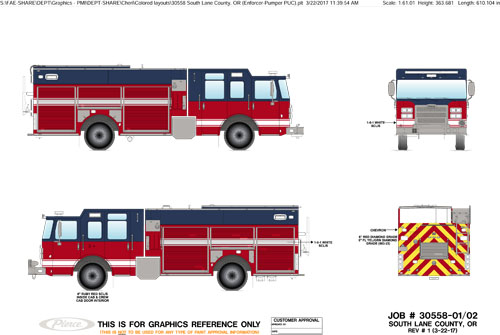 South Lane County Fire & Rescue is happy to announce production on our new fleet is soon to begin! Our new fleet is made possible by the bond passed in November 2015. Considerable planning and research has gone into using the funds provided to the greatest effect.

This page will be updated as the process continues. Stay tuned for pictures! 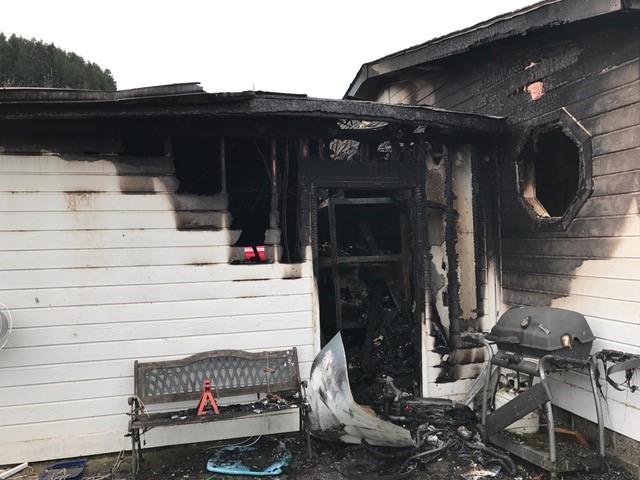 On March 12, 2013 at 2355 hours PST, SLCFR units responded to a house fire in the 800 block of Kings Row in Creswell, OR. Arriving units found the attached garage fully involved. The occupants of the house were three adults, two children, a dog, and a cat, were all safely evacuated and assisted by the American Red Cross.

The fire in the garage was brought under control and extinguished soon after by the first due engine company from the SLCFR Creswell station. The roof of the attached garage collapsed during suppression efforts. The manufactured home suffered minor smoke and fire damage while the garage and a Dodge pick-up were a complete loss. Fire damage was estimated at $50,000.

The fire cause and determination investigation revealed an electrical outlet in the garage was the likely cause and the fire has been ruled accidental.

SLCFR crews were assisted in extinguishing the fire by units from Goshen/Pleasant Hill Fire Districts. There were no civilian or responder injuries as a result of the fire. John Wooten Fire Chief Email: jwooten@southlanefire.org

The following changes will go into effect July 1, 2017

Please click "continue reading" below to view all of the changes.

Click here for a direct link to the donation page