Outdoor burning is updated each day. If today is a burn day the hours are from 8AM - 4PM 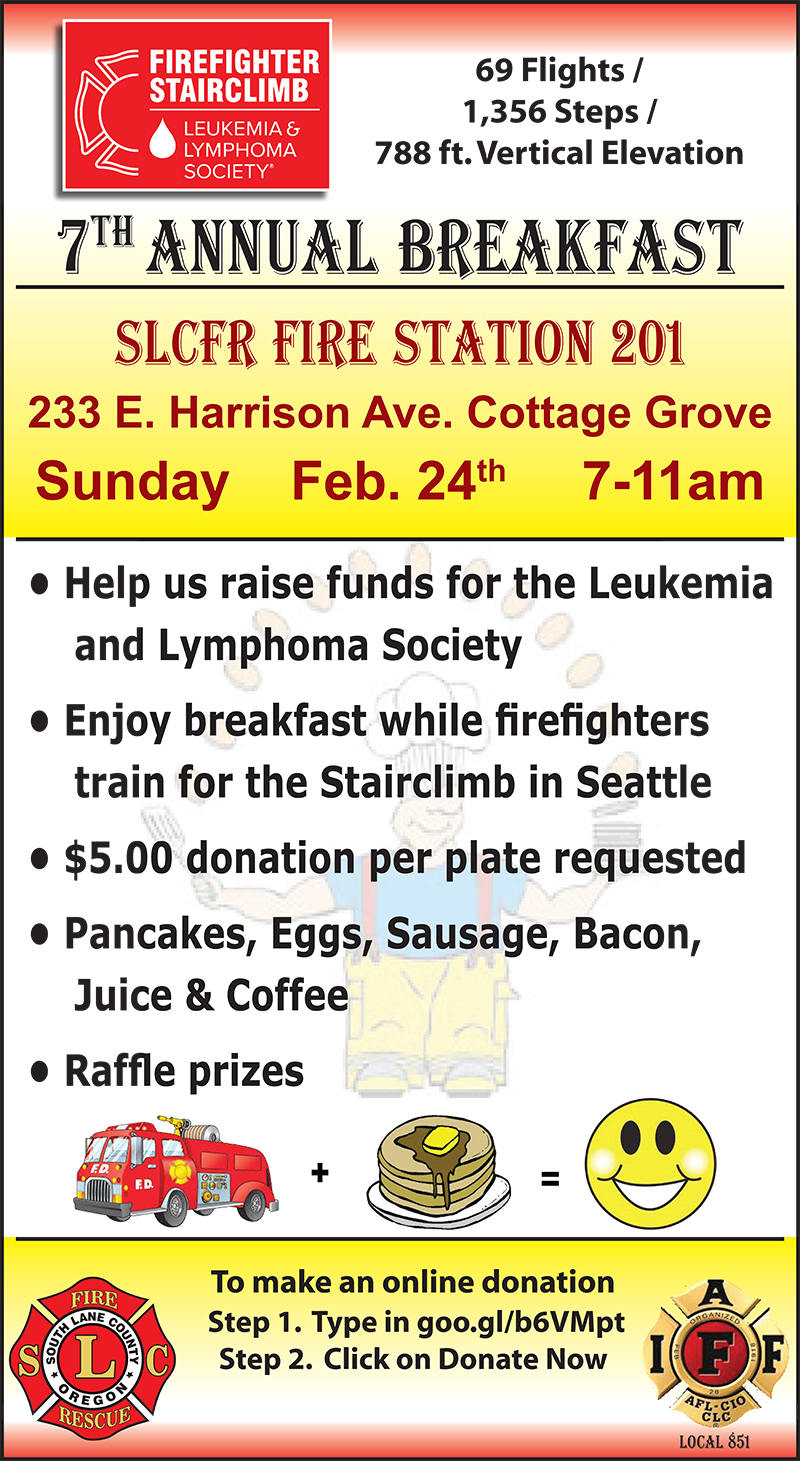 Unfortunately, we have arrived at that time of year again. The recent rains did not do enough to forestall fire season this year and given current conditions the District will enter into fire season at midnight. The following Regulated Use Restrictions will be in effect until further notice. LRAPA should be shutting down open burning tomorrow as well.

In accordance with ORS 478.960, I hereby proclaim the following fire restrictions are in effect until such time as it is deemed safe to remove them, or if not specifically removed in writing by the Fire Chief of SLCFR, when, and on such date and time, as LRAPA declares the legal start of open burning in Lane County:

The following restrictions apply within the City of Cottage Grove, City of Creswell, and any lands within the SLCFR District boundaries, not protected by the Western or Eastern Lane Districts of ODF.

 Smoking is prohibited while traveling, except in vehicles on improved roads, in boats on the water, and other designated locations.

 Open fires are prohibited, including campfires, charcoal fires, cooking fires and warming fires, except at locations where fire pits are present. Portable cooking stoves using liquefied or bottled fuels are allowed. Briquette use is allowed in barbeques, but is restricted to use on hard, non-flammable surfaces such as patios, driveways, gravel, or green irrigated lawns.

 Motor vehicles, including motorcycles and all-terrain vehicles, are only allowed on improved roads free of flammable vegetation, except for the culture and harvest of agricultural crops.

 Use of illegal fireworks is prohibited at all times, and in any location within the District. Legal firework use is permitted in areas free of dried, cured grasses, brush, or trees unless prohibited in areas jointly protected by SLCFR and the Oregon Department of Forestry (ODF). Generally and where permitted, firework use is only permitted on asphalt, concrete, or gravel and a charged garden hose or one 2 ½ pound or larger fire extinguisher is immediately available.

The Fire Chief or an authorized representative of SLCFR may, in writing, approve a modification or waiver of these requirements.

These restrictions shall remain in effect until replaced, suspended, or terminated by an additional proclamation of the SLCFR Fire Chief or an authorized representative. 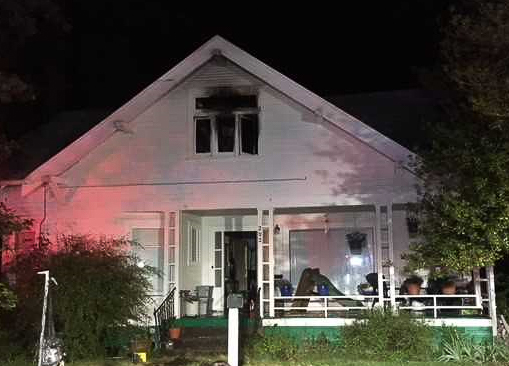 South Lane County Fire and Rescue responded to a house fire in the 200 block of Adams Ave at 12:30 AM this morning. Crews arrived to find fire coming from the second story of the home, and three of the four occupants in front of the residents. First arriving crews simultaneously attacked the fire and began a search of the home for the missing occupant. The missing occupant; an adult female, was found upstairs in the home and was immediately removed from the home and transported to RiverBend Medical Center with serious injuries. The Fire District is still investigating the fire, and a cause has not yet been determined.