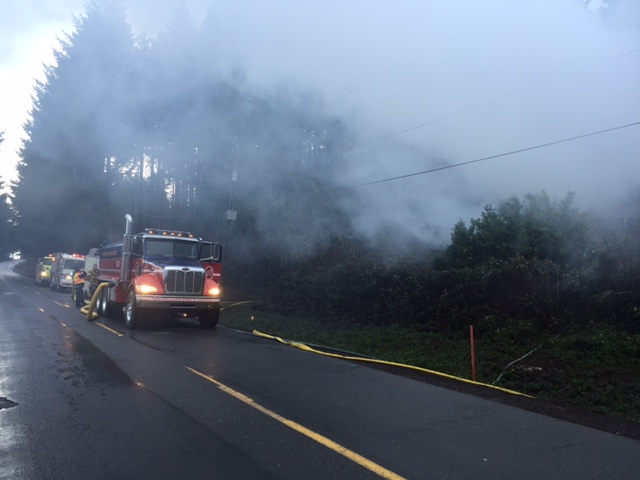 First arriving crews found a fully involved house that was overgrown with blackberry bushes. Neighbors in the area state that the house was being occupied by transients. The transients living in the structure were later located in downtown Cottage Grove.

The structure was heavily damaged by the fire and is not inhabitable. South Lane County Fire & Rescue responded with two engine companies, one medic unit and three water tenders. South Lane was assisted by crews and apparatus from Goshen Fire District.