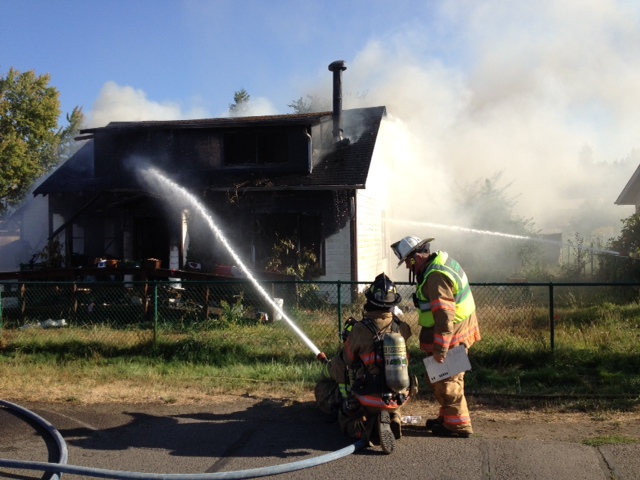 Crews arrived to find smoke and fire coming from the residence. The fire took over an hour to extinguish.

South Lane County Fire and Rescue responded with five fire apparatus, and was assisted by fire crews from Goshen and Pleasant Hill fire districts. There were no reported injuries to occupants or Fire personnel.

The home was occupied by four residents, who have all been displaced from the home. The Red Cross is assisting the occupants with their food and shelter needs.